JAKARTA (Hidayatullah.or.id) — Professor Abd Al-Fattah El-Awaisi, the founder of ISRA (IslamicJerusalem Research Academy in Ankara) and Hüseyin Oruç, the Vice President of IHH, one of the most prominent Turkish humanitarian organizations, have consecutively shared their views on crucial issues at two separate Hidayatullah Global Forum events this Ramadan.

On Friday, April 24, the first day of Ramadan, Abd Al-Fattah El-Awaisi, a professor of international relations and Baitul Maqdis studies at ASBÜ (Social Sciences University of Ankara), described what he believed to be

major power shifts taking place internationally as the world is scrambling for survival in the face of the COVID-19 pandemic. Included in such shift is what he believed to be a decrease in the economic support from the USA, UK and France for the Zionist State of Israel.

“We’re seeing significant changes in the map of world global powers,” he said during the forum. However, he stated that whatever happens in the international geopolitics, Baitul Maqdis will remain the pivot of global powers as shown and proven in history.

Prof. El-Awaisi also predicted that the powershifts would lead to a global war where the Communist China and Russia would attain new positions currently being vacated by the US and its allies. At this stage, he believed the Muslim Ummah would assume a new important role with Turkey as its leader.

“Amidst the pandemic, Turkey has sent medical aids to 40 countries. This shows that the Turkish leadership has managed to control the impacts of the pandemic internally, (and has) even succeeded to rapidly build its capacity to help other countries,” he concluded.

Among the participants of the forum were Dr. Fadli Zon, a member of the Indonesian parliament as well as Vice President of the World Parliamentary League for Palestine, Dr. Shofwan Al-Banna Choiruzzad, Head of International Relations Studies at the University of Indonesia, and Dr. Tiar Anwar Bachtiar, Lecturer of History at Padjadjaran University.

Responding to a question posed by Dr. Choiruzzad about what he believed to be the weak economic and military capacity of the Palestinians to play a role in powershifts, El-Awaisi said the centrality of Baitul Maqdis should not be measured from the Palestinian situation, rather from the geopolitical and geostrategic position of the area. “My theory shows that any power (seeking) to control the world must (first) liberate or occupy the Baitul Maqdis and the surrounding region. Those who

control this region will control the rest of the world,” he said.

He also emphasised the importance of collaboration between the Muslim world leaders and the scholars in outlining the strategic plans and actions to liberate Baitul Maqdis. “We cannot liberate Baitul Maqdis and lead the world without the proper science and knowledge. ‘Umar bin Khattab, Salahuddin and Muhammad Al-Fatih had proven (this stance), we must only follow their paths,” he concluded.

On the following Friday, May 1, Hüseyin Oruç, the Vice President of IHH, shared a similar view to that of El-Awaisi regarding the shifs in global powers. “We’d never (have) thought that the superpowers (could) become this weak in facing the pandemic,” he said. Hüseyin highlighted how those superpowers had in the past sent thousands of troops to Muslim countries to kill Muslims, but during this pandemic

Allah Subhaanahu wa Ta’ala has sent millions of His troops, “in the (form) of only approximately 5 grams of virus to cripple the world including those superpowers.”

This situation has given the Muslim Ummah an opportunity to improve ourselves as well, Hüseyin continued. “It is true the pandemic has aﬀected ourselves severely in many countries. But (it is) my belief, this pandemic has also stopped the disasters in the world (that have been) caused by the superpowers from going on,” he stated.

Hüseyin also explained the IHH’s approach in dealing with the pandemic. First of all, he said, the humanitarian organization must keep the hope alive among the people. “People are frustrated by the daily situation, they lost jobs, the schools stopped, the prices rocketing, and so on. If nobody maintains their hope (toward) Allah, the situation would get much worse,” he said.

IHH is well known for its relief programs to more than 130 countries. He maintained, it is important to show the Turkish public that IHH is not lending greater priority to aid programs abroad over its domestic aid programs.

At the early stage of the outbreak, President of IHH Fehmi Bülent Yıldırım appeared in social media to address the Turkish citizens with two important announcements : Firstly, IHH has launched a US$2 million relief in the forms of foods, sanitary kits, medical supplies and cash gifts. Secondly, IHH called on all members of the Turkish public to carry out similar charitable activities in their respective neighbourhoods.

“That initiated the growth of hope among the people,” stated Hüseyin. He believed that the Turkish government was inspired by IHH’s action and has thus followed the approach.

He believed this is the most important role that any non-governmental organisations, especially the Muslim organisations, must play, namely to give hope to the people in the middle of devastating situations.

One similar question was raised, both by PKPU’s Chairman Tomy Hendrajati and Hidayatullah’s Economic Chairperson Asih Subagyo, about how to improve the capacity of NGOs amidst the worsening economic situation. Hüseyin, who is also in charge of IHH relations with the OIC (Organization of Islamic Cooperation), acknowledged that the NGOs’ capacity has been adversely aﬀected by the pandemic.

He mentioned that in the previous Ramadans, IHH sent relief to more than 80 countries. But this Ramadhan it has had to limit its operations to 35 most needy countries.

Hüseyin reminded all the Forum’s participants, most of whom charity and humanitarian activists, to maintain the spirit of sadaqah as the Messenger of Allah taught the Muslims. “In the worse situation, even if a Muslim has only a piece of date, he is encouraged to give sadaqah (in the form of) a half of the date.” Regardless of the amount of donations being raised, the NGOs should continue to initiate good deeds and to keep inviting people to follow. “After that, we put the result completely to Allah’s decision,” Hüseyin concluded.

During the Ramadan 1441, amidst the pandemic, Hidayatullah Global Forum has been organised online on the TeamLink platform, hosted by the head of Hidayatullah Foreign Relations Department Dzikrullah W. Pramudya. 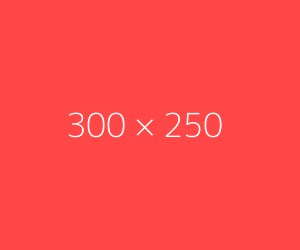